The Moscow City Ballet was founded in 1988 by a distinguished Russian choreographer Victor Smirnov-Golovanov. The company’s first appearance was in 1989 in Seoul, Korea. Its success outside of Russia made it one of Russia’s most extensively touring ballet companies. Since 1988, Moscow City Ballet has appeared in Belgium, Cyprus, Egypt, Holland, Hong-Kong, Ireland, Israel, Japan, Estonia, Peoples Republic of China, Philippines, Republic Korea, R.O.C. Taiwan, Singapore, United Kingdom, United States, and, naturally, in the Russian Federation. The company’s greatest success has been in the United Kingdom where it has given more than 1000 performances since 1991, accompanied by the National Ballet Orchestra.

Smirnov-Golovanov’s own productions, as well as older versions of the classical ballets, all share a clearly-defined style, ideas and choreographic integrity, setting high performance standards. The company is renowned for the perfection of its corps de ballet in the best traditions of the Russian school of classical ballet. The company’s unique style is ensured by the unceasing efforts, both in production and rehearsal, of its artistic director, Victor Smirnov-Golovanov and his wife, ballet mistress and principal teacher, Ludmila Nerubachtchenko. Many of the leading dancers in the company were trained by them.

It is with great sadness that the company announced the death of Victor Smirnov-Golovanov, the founder of Moscow City Ballet on April 22nd, 2013 after a long struggle with cancer. He is survived by his devoted wife, Ludmila Neroubachtchenko. Ludmila, who has been leading the ballet company for the last few years, has officially taken the position of the Artistic Director, and will continue to preserve Victor’s unique choreography and productions, as well as the commitment to promoting ballet in the Russian classical tradition all over the world. 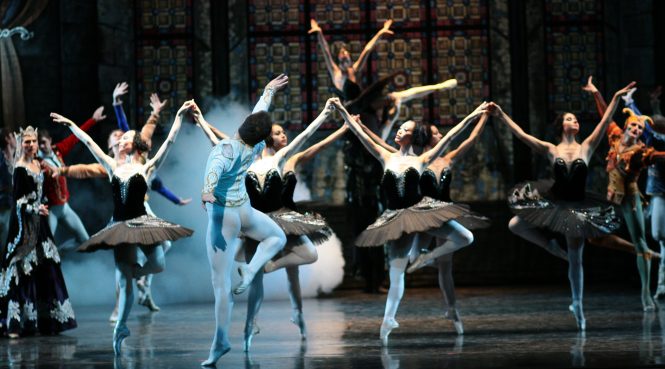